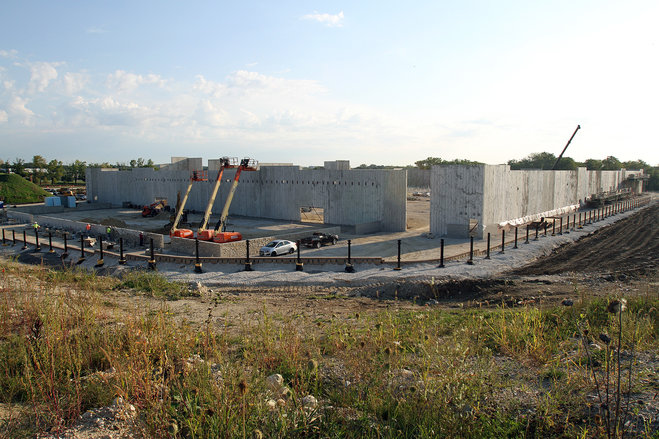 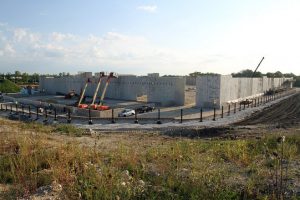 1. Economic Development – Sussex has enjoyed a robust rebound from the Great Recession with the construction of a new village hall/civic center, the proposed development of hundreds of apartment complexes by Art Sawall, the continued development and construction of the nearly 200,000 square foot Meijer super store at Hwys. 164 and Lisbon Road, plans for the reconstruction and resurfacing of Main Street,and the development of a new Taco Bell and Kwik Trip at 164 and Main Street made economic develop the top story in the region.

2. New Administrator in Lisbon – Matt Janecke, former assistant village manager in Brown Deer, took over as the administrator, for the Town of Lisbon. He was hired to replace former interim administrator Elizabeth Krause who was convicted of credit card fraud for purchasing nearly $20,000 in personal merchandise on town credit cards. The Town Board initially offered the post to Menomonee Falls Economic Development Director Matt Curran. But, Curran and the board could not reach agreement on salary and benefits. Curran, a resident of Sussex, was later appointed to the Sussex village board.

3. Hamilton School Superintendent Kathleen Cook announces retirement. – Some community leaders as well as village and school district officials have credited Cook for encouraging academic and athletic excellence at the Hamilton High School during her more than 20 year tenure that, according to some of the officials, helped make the Village of Sussex a major attraction for developers as well as families seeking new homes in Waukesha County.

5. New Village Hall/Civic Center – After nearly a year of debate and controversies, the village board completed the plans and began construction on an approximately 50,000 square foot three story village hall.//civic center located on Main Street that will house much of the village government in addition to the Sussex-Lisbon Historical Society, Sussex Out Reach Services and the chamber of commerce. Village officials abandoned plans to connect the new building to the Pauline Haass Library.

6. Pauline Haass Village Library – The Village of Susssex took over operations of the Pauline Haass Library after the Town of Lisbon terminated an agreement that hadoperated and funded the former joint municipal llibrary for more than a quarter century. The legal squabbles between the town, the village and library board dragged on throughout the year at cost of nearly $200,000 to taxpayers for legal fees.
7. New Village Trustees – There were ten candidates interviewed for appointments to two vacant trustee positions on the village board. Village residents Mat Carran, economic development director for Menomonee Falls, and park board member Wendy Stallings, the first African American women to hold an official position in the village, were appointed to the board by their fellow trustees.

8. Kraus sentenced – Former Town of Lisbon Interim Administrator Elizabeth Kraus pled “no contest” to one count of credit card fraud and was sentenced to five years probation and a year in county jail based on charges that she had purchased nearly $20,000 in personal merchandise by using town credit cards. In early 2015, she was named to replace former Administrator Jeff Musche who resigned because of an extended illness. In August, she was placed on administrative leave on allegations she had created a hostile work environment at town hall. At the same, the sheriff’s office launched an investigation into the credit card fraud allegations.
9. Wexford Heights – After more than a year of controversy, debate and legal skirmishes, the Lisbon Town Board approved the Wexford Heights development company’s plans for a fueling center and convenience store near the roundabout intersection of Hwys. 164 and Q. Neighbors and area business owners opposed the development but the Town Board overruled the plan commission after four days of administrative hearings.
10. Sussex Lions – The local Lions Club was ordered by Lions Clubs International to suspend is community and fund raising activity until the international organization completed an investigation into allegations that Sussex Lions refused to accept an application from a local woman who wanted to be a member of the club. Officials with Lions International pointed out that the U.S. Supreme Court has barred community service organizations from basing their membership requirements on gender.